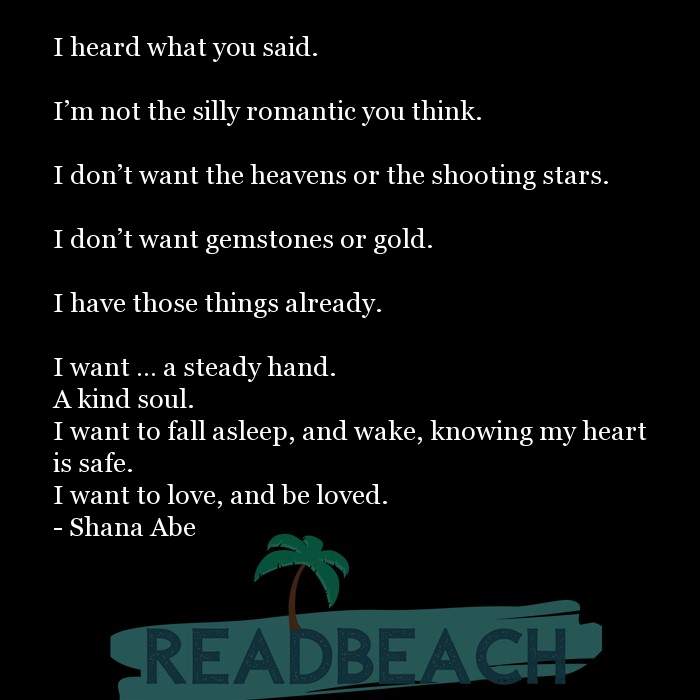 I’m not the silly romantic you think.

I don’t want the heavens or the shooting stars.

I don’t want gemstones or gold.

I have those things already.

I want … a steady hand.
A kind soul.
I want to fall asleep, and wake, knowing my heart is safe.
I want to love, and be loved. 2. Love doesn't just sit there, like a stone, it has to be made, like bread; remade all the time, made new. 3. Perfectionism is the voice of the oppressor, the enemy of the people. It will keep you cramped and insane your whole life, and it is the main obstacle between you and a shitty first draft. I think perfectionism is based on the obsessive belief that if you run carefully enough, hitting each stepping-stone just right, you won't have to die. The truth is that you will die anyway and that a lot of people who aren't even looking at their feet are going to do a whole lot better than you, and have a lot more fun while they're doing it. 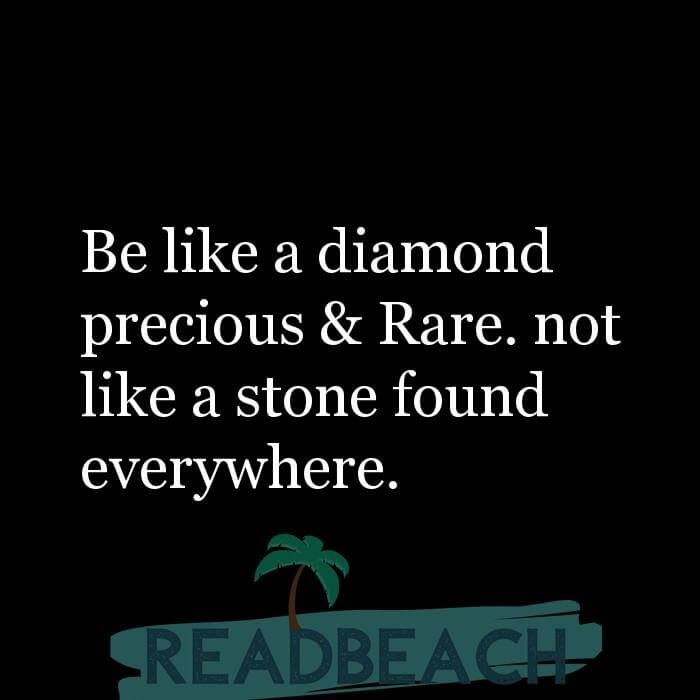 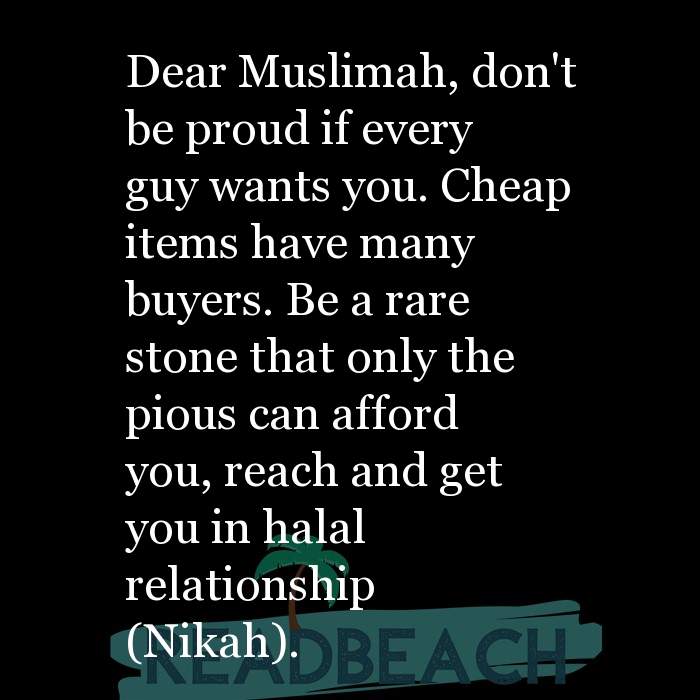 5. Dear Muslimah, don't be proud if every guy wants you. Cheap items have many buyers. Be a rare stone that only the pious can afford you, reach and get you in halal relationship (Nikah). 7. May God speed you. May the Sun not burn your skin. May the rain not make you cold. May stones stay away from your feet. Go like water, and come back like water. 8. When you come across a stone in your path, the weak would say it’s an obstacle, but the strong would call it a stepping stone. 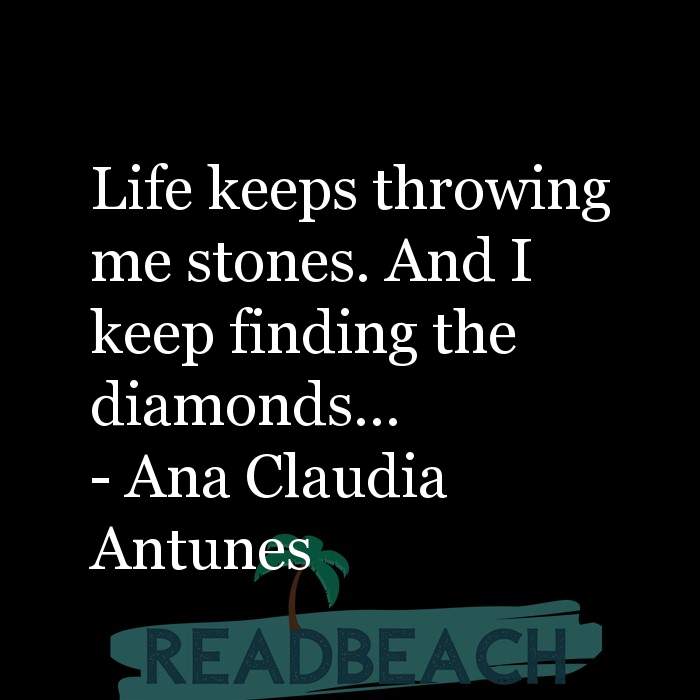 9. Life keeps throwing me stones. And I keep finding the diamonds…

Authors who spoke about Stone: