1. You’re going to go through a time where you’re not going to make any money.

It’s going to be years.

And during that time, if you don’t love what you do, it’s going to be very hard to stick it out.

That is something that people don’t understand when they hear, “Follow your passion”

But the truth of it is that it’s important, because if you don’t enjoy what you’re doing, you’re going to be that much more likely to quit when shit’s hard.

2. When I was five, I imagined that there was such a thing as a unicorn. 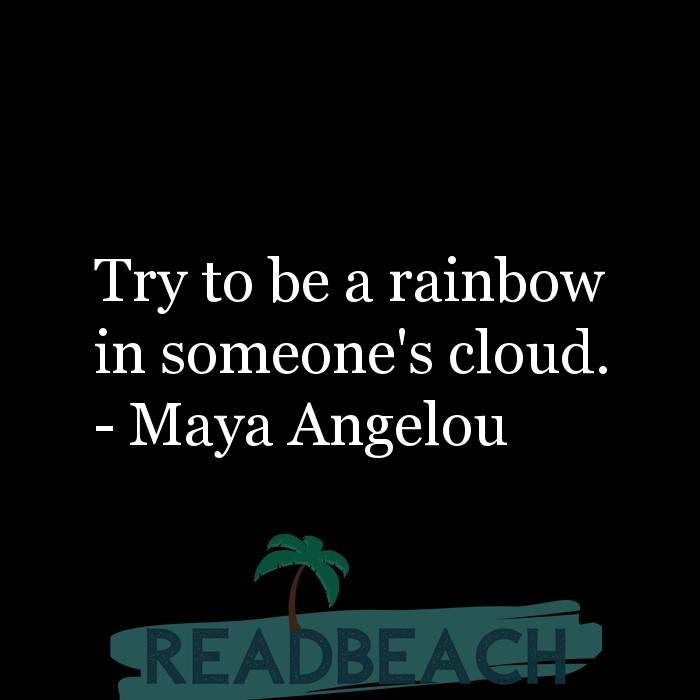 3. Try to be a rainbow in someone's cloud.

I've had rainbows in my clouds.

Still, when it looked like the sun wasn't going to shine anymore, God put a rainbow in the clouds.

God puts rainbows in the clouds so that each of us - in the dreariest and most dreaded moments - can see a possibility of hope.

You may not control all the events that happen to you, but you can decide not to be reduced by them. Try to be a rainbow in someone else's cloud. Do not complain. Make every effort to change things you do not like. If you cannot make a change, change the way you have been thinking. You might find a new solution. 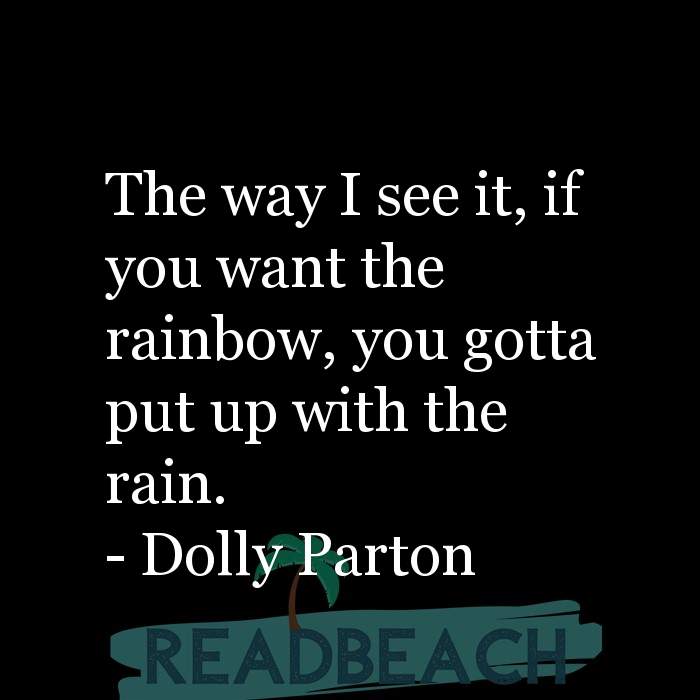 4. The way I see it, if you want the rainbow, you gotta put up with the rain.

Authors who spoke about Rainbow: