1. It is reported that al-Miqdam ibn Ma'dikarib heard the Messenger of Allah, may Allah bless him and grant him peace, say,

2. When you're angry with your parents, imagine a life without them.

3. And We have enjoined on man to be dutiful and kind to his parents. His mother bears him with hardship and she brings him forth with hardship, and the bearing of him, and the weaning of him is thirty (30) months, till when he attains full strength and reaches forty years, he says: "My Lord! Grant me the power and ability that I may be grateful for Your Favour which You have bestowed upon me and upon my parents, and that I may do righteous good deeds, such as please You, and make my off-spring good. Truly, I have turned to You in repentance, and truly, I am one of the Muslims (submitting to Your Will)."

"The Prophet was asked,

'Messenger of Allah, to whom should I be dutiful?'

He replied, 'Your father.'" 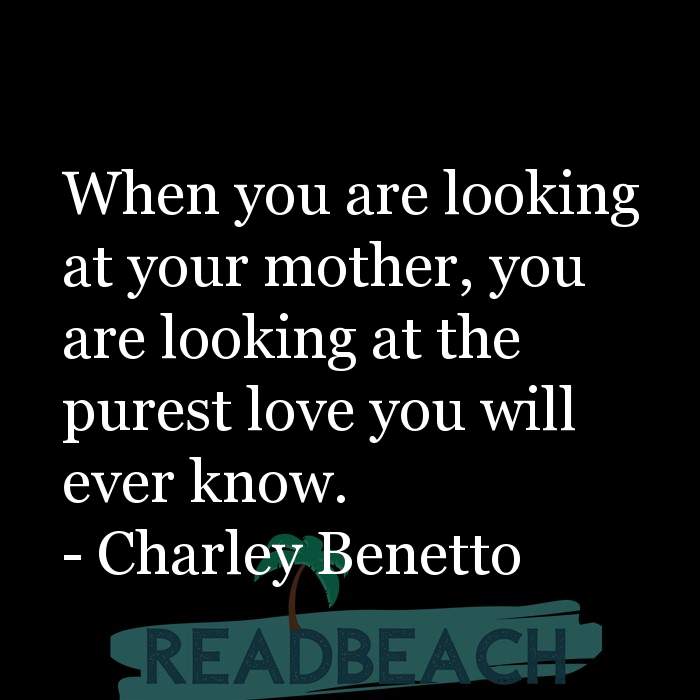 7. "O Messenger of Allah! I want to go out and fight (in Jihad) and I have come to ask your advice." 8. Pleasing one’s mother is regarded as part of pleasing Allah. Islam tells us that Paradise lies at the mother’s feet, i.e. that the best way to reach Paradise is through one’s mother. And Islam forbids disobeying one’s mother or making her angry, even by saying a mild word of disrespect. The mother’s rights are greater than those of the father, and the duty to take care of her grows greater as the mother grows older and weaker. 9. You gotta be really deliberate with how you choose to spend your day because those are the moments you’re away from your child 10. I think [parenthood] brings out the child in all of us. That’s what’s so beautiful. It reminds you of the fascination you had with things, and how you can spend hours just being with someone. It’s amazing

Authors who spoke about Mother: