1. When that bastard calls back, you tell him he’s won this round. I’ll marry him. But I don’t take well to being blackmailed, and tell him I intend to spend the rest of my life making him miserable, got that?

2. Two weeks ago, I was in the worst relationship of my life. She treated me poorly, we didn't connect, I was miserable. 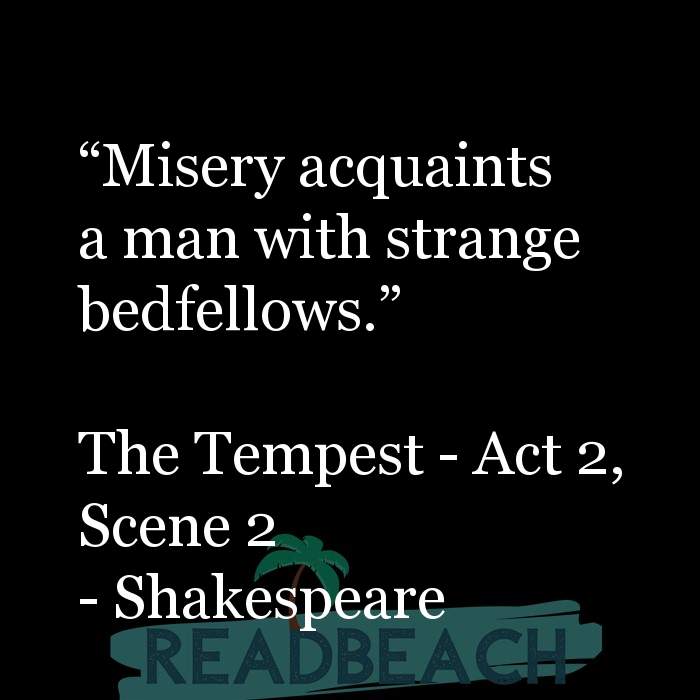 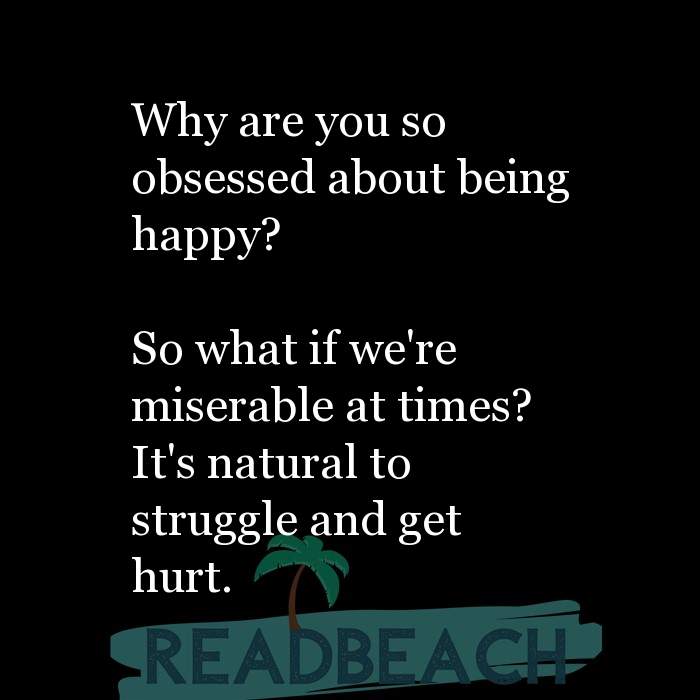 5. Why are you so obsessed about being happy?

So what if we're miserable at times? It's natural to struggle and get hurt. 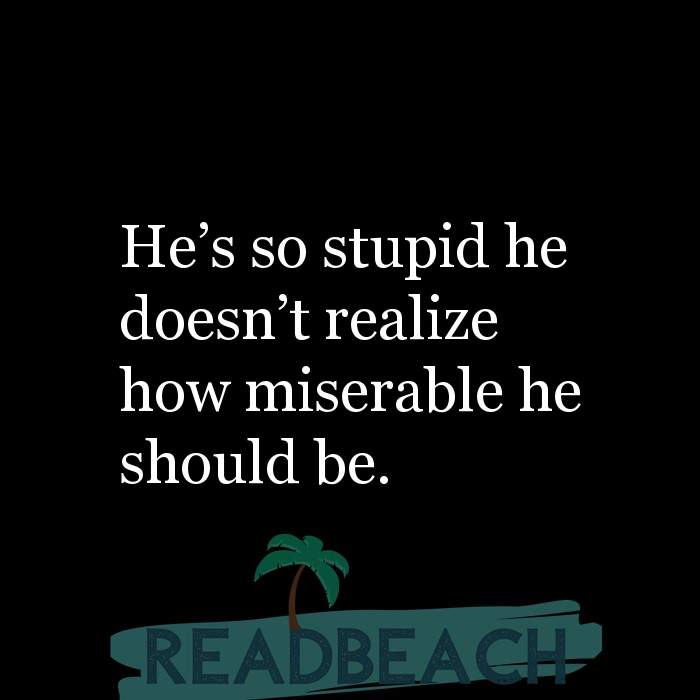 6. He’s so stupid he doesn’t realize how miserable he should be.

Authors who spoke about Miserable: