1. The Messenger of Allah (pbuh) used to eat dates with melon. 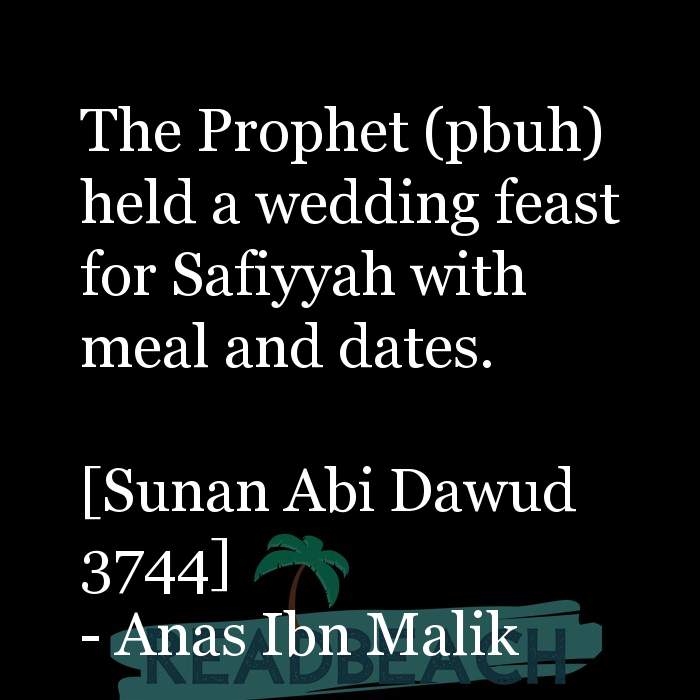 3. The Prophet (pbuh) held a wedding feast for Safiyyah with meal and dates. 4. "Use this black seed. For indeed it contains a cure for every disease except As-Sam" And As-Sam is death. (68) And your Lord revealed to the bee saying: Make hives in the mountains and in the trees and in what they build:
(69) Then eat of all the fruits and walk in the ways of your Lord submissively. There comes forth from within it a beverage of many colours, in which there is healing for men; most surely there is a sign in this for a people who reflect. 6. The Prophet (peace be upon him) said, "When your servant brings your food to you, if you do not ask him to join you, then at least ask him to take one or two handfuls, for he has suffered from its heat (while cooking it) and has taken pains to cook it nicely."

Authors who spoke about Islamic Quotes About Food: