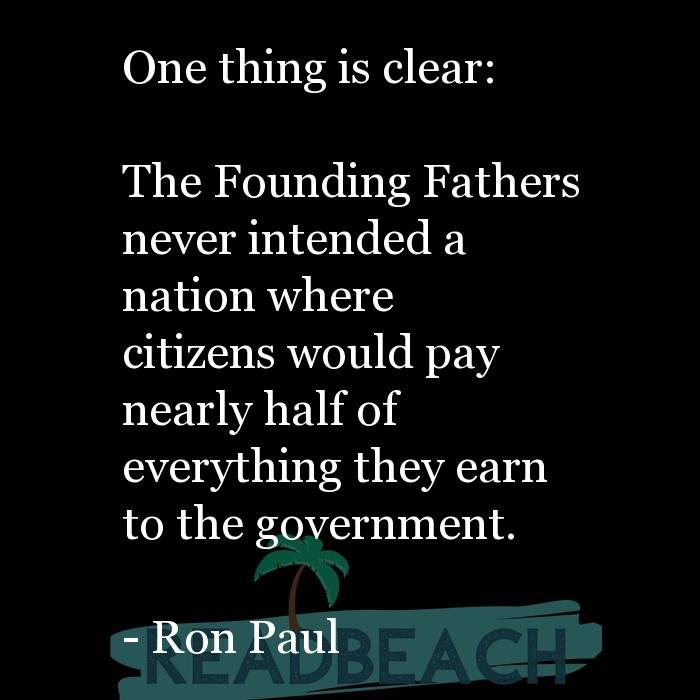 The Founding Fathers never intended a nation where citizens would pay nearly half of everything they earn to the government. 2. War is when the government tells you who the bad guy is. Revolution is when you decide it for yourself. 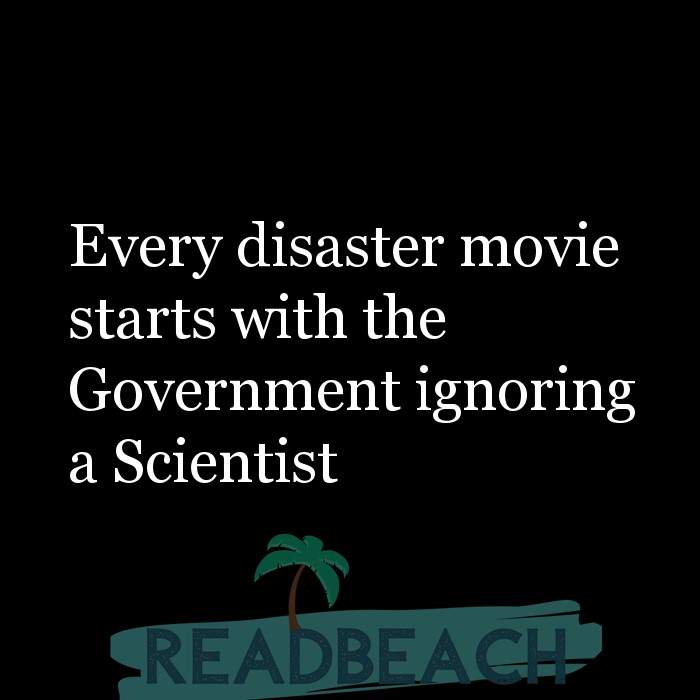 3. Every disaster movie starts with the Government ignoring a Scientist

6. The history of patents includes a wealth of attempts to reward friends of the government and restrict or control dangerous technologies. 7. You cannot make one invent at gun point. Forget the movies, and think about pampering inventors, not threatening them 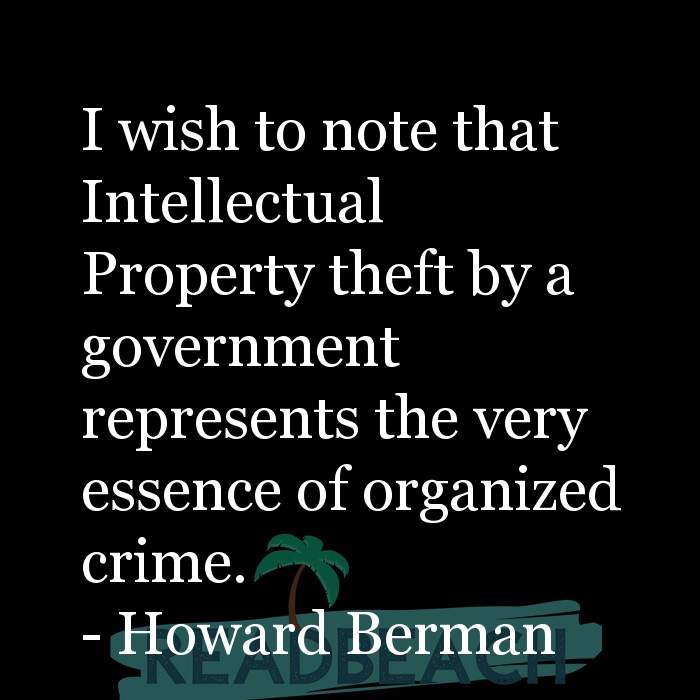 8. I wish to note that Intellectual Property theft by a government represents the very essence of organized crime. 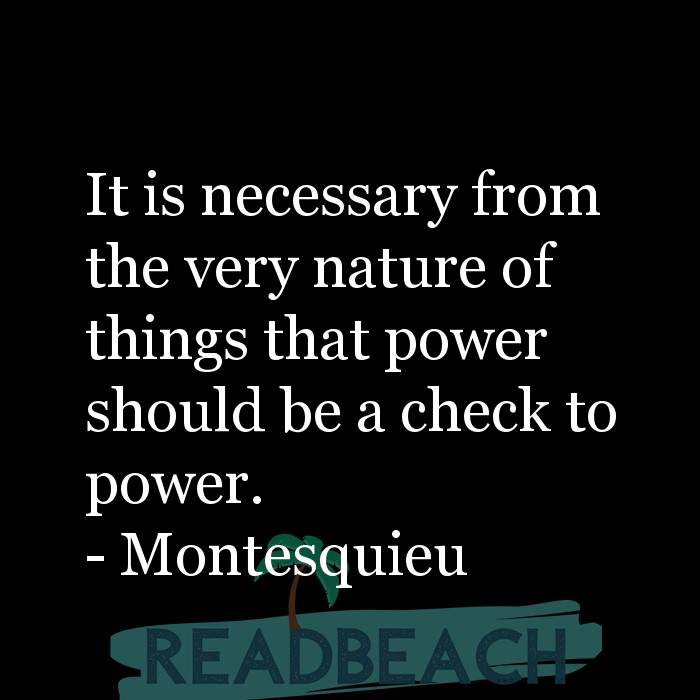 9. It is necessary from the very nature of things that power should be a check to power. 10. The deterioration of every government begins with the decay of the principles on which it was founded. 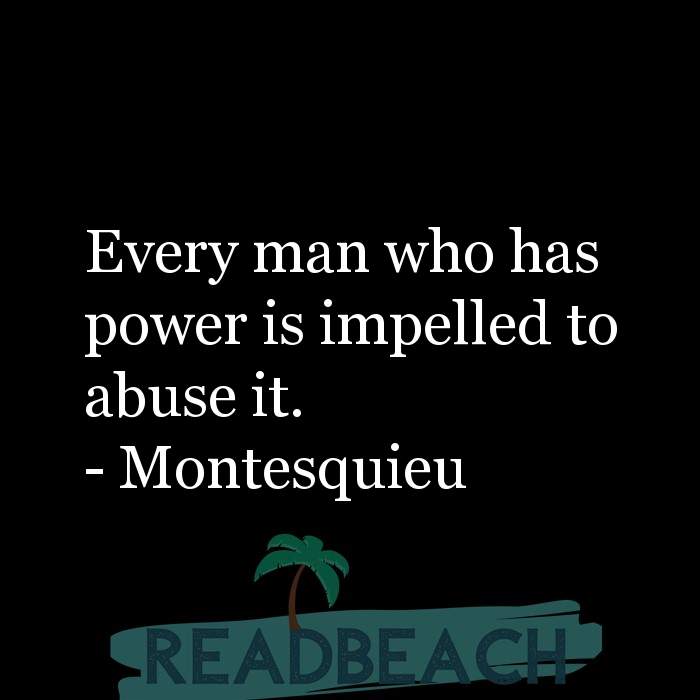 11. Every man who has power is impelled to abuse it. 12. You focus on getting the job done. If someone has to go to jail, I’ll be the one 13. Never ever do business with government. Be in love with them, don’t marry them. 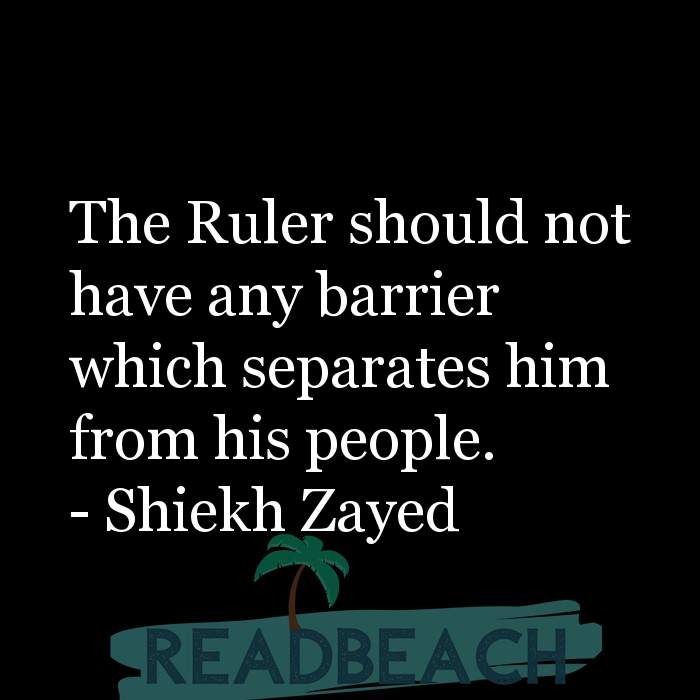 15. The ruler, any ruler, is only there to serve his people and secure for them prosperity and progress. To achieve this, he should live among his people to feel their wishes and know their problems, and this cannot be achieved if he isolates himself from them 16. Our system of government is based on our religion and this is what our people want. Should they seek alternatives, we are ready to listen to them. We are all in the same boat, and they are both captain and crew.

17. You may write me down in history
With your bitter, twisted lies,
You may trod me in the very dirt
But still, like dust, I'll rise.

Authors who spoke about Government: