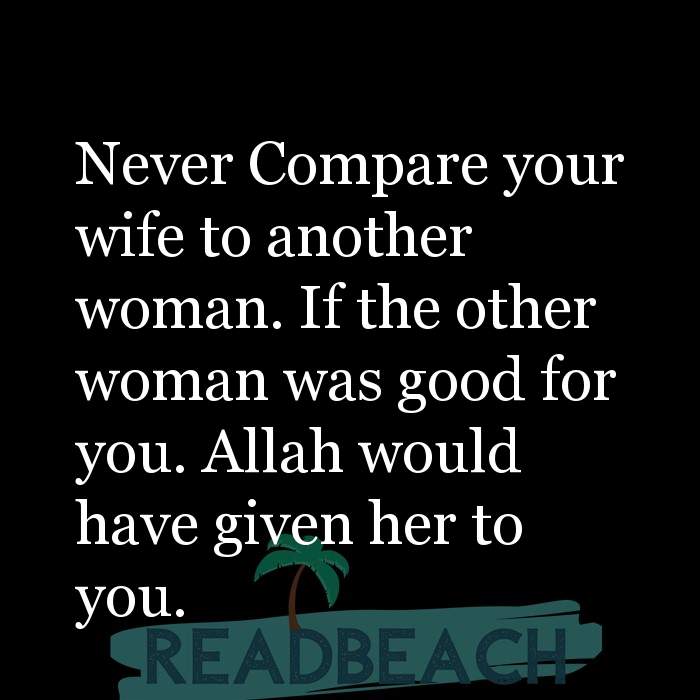 1. Never Compare your wife to another woman. If the other woman was good for you. Allah would have given her to you. 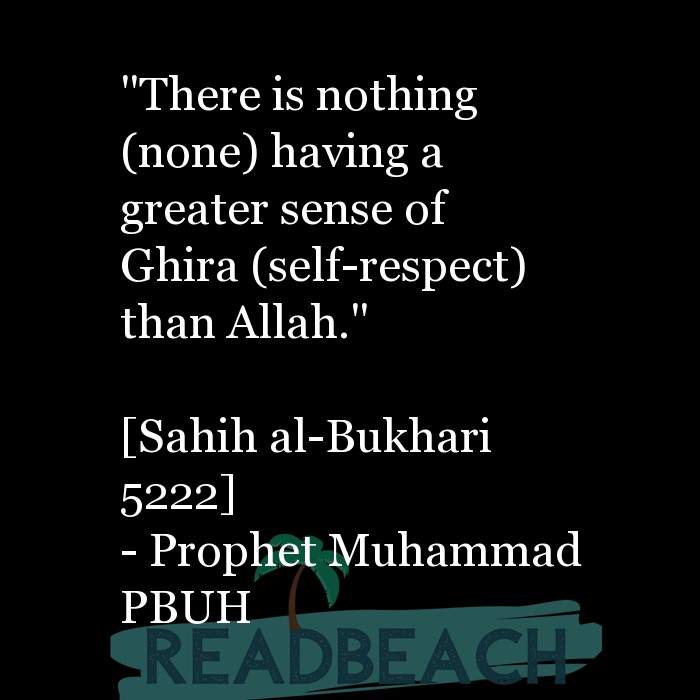 2. "There is nothing (none) having a greater sense of Ghira (self-respect) than Allah." 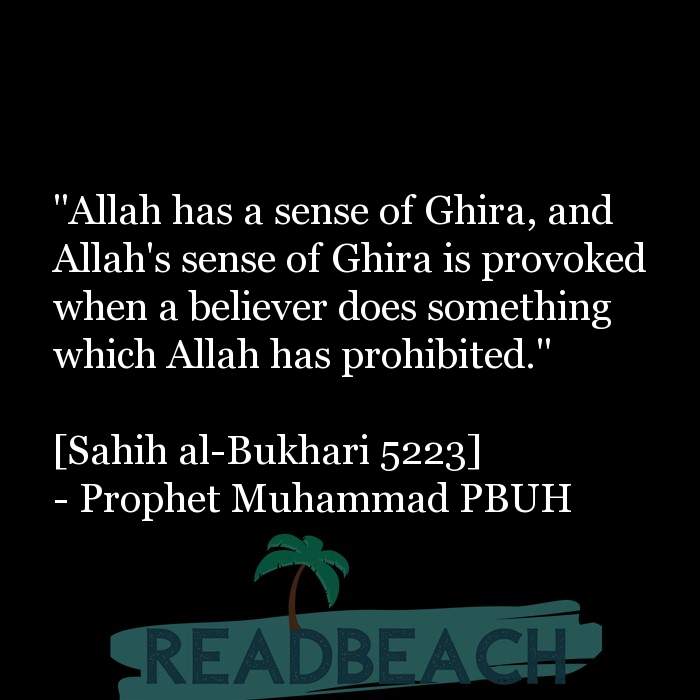 4. The Prophet, said, "I entered Paradise and saw a palace and asked whose palace is this? They (the Angels) said, "This palace belongs to `Umar bin Al-Khattab.' I intended to enter it, and nothing stopped me except my knowledge about your sense of Ghira (self-respect (O `Umar)." `Umar said, "O Allah's Messenger (pbuh)! Let my father and mother be sacrificed for you! O Allah's Prophet! How dare I think of my Ghira (self-respect) being offended by you?" 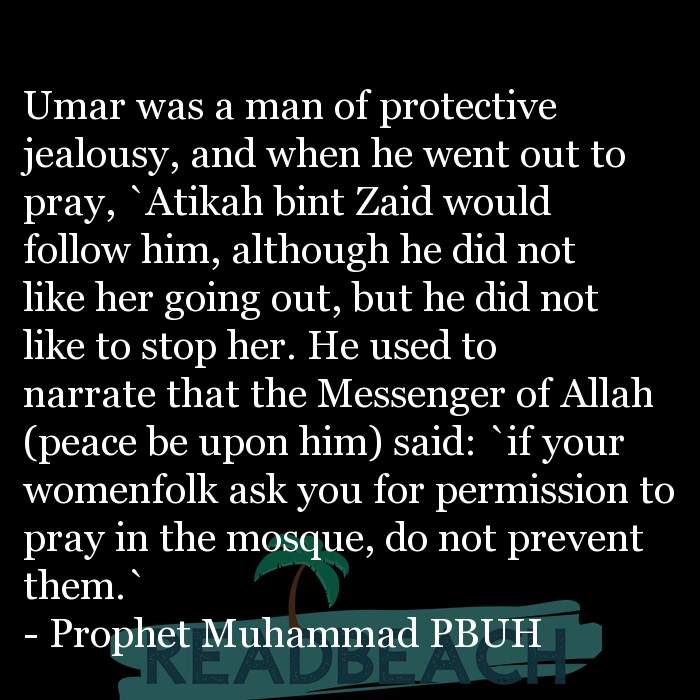 7. Umar was a man of protective jealousy, and when he went out to pray, `Atikah bint Zaid would follow him, although he did not like her going out, but he did not like to stop her. He used to narrate that the Messenger of Allah (peace be upon him) said: `if your womenfolk ask you for permission to pray in the mosque, do not prevent them.` 8. Ad-Dayooth is the man who permits women for whom he is responsible (eg: mother, wife, sister etc.) to engage in illicit relations, or to display their beauty to strange men, thereby stimulating their sexual desires. He is the man who would show off his wife (or any of his mahram female), her beauty and her style in front of men. He is the one who doesn’t protect her from the eager eyes of strangers (non Mahram). He is the one who accepts that his wife go out with him wearing perfume, putting make up and wearing attractive clothes as if she is an item for sale to others. He is the man who is pleased by the admiring glances from stranger men toward his wife. He would let his sister/his daughter go out with tight clothes, without her Hijab. He is the man who knows that his sister/his daughter has a boyfriend but he doesn’t care. He never has Jealousy on her and would let her show her charm to any one.

Authors who spoke about Gheerah: