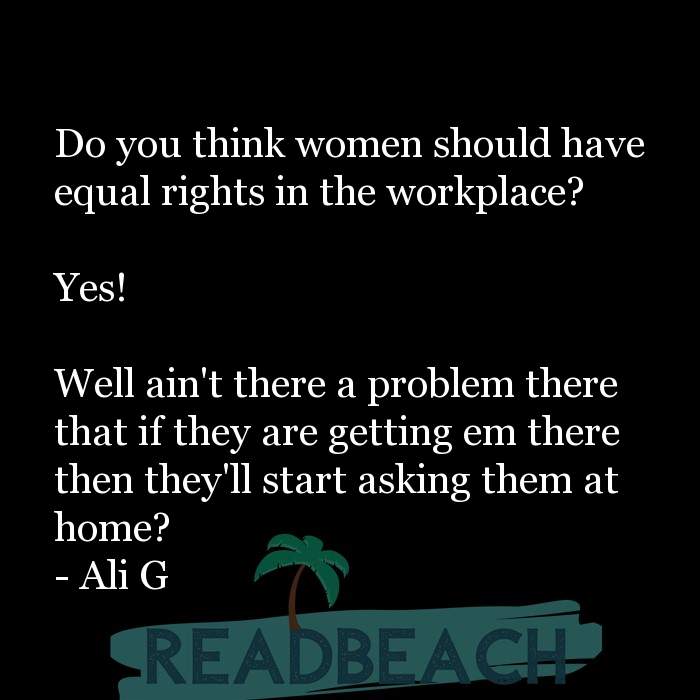 1. Do you think women should have equal rights in the workplace?

Well ain't there a problem there that if they are getting em there then they'll start asking them at home? 2. Ali G: “A lot of boys me know is trying to get their girlfriends into feminism. Do you think that is right?”

Sue Leece, Director of the Centre of Gender Research: “Yes, I do actually. I think it’s a good thing.”

Ali G: “Do you think all girls should try feminism at least once?”

Ali G: “But do you think it is right when they try feminism when they is drunk at a party or whatever with a few mates?” 3. What is feminism? Simply the belief that women should be as free as men, however nuts, dim, deluded, badly dressed, fat, receding, lazy and smug they might be.
Are you a feminist?
Of course you are. 4. If you call yourself an "authoress" on your Facebook profile, you suck at life. You are stupid and your children are ugly. It doesn't matter if you're just trying to be cute and original. You're not. You are about as original as all those other witless twits "writing" the one millionth shitty Fifty Shades clone. Or maybe you're trying to show your 2000 fake Facebook "friends" that you are an empowered feminist who will not stand for sexist terminology. But you're not showing people that you are fighting the good fight, you're showing people that you are a sheep, who's trying just a little too hard to ride the current wave of idiotic political correctness. The word "author" is no more gender-discrimination than the word "person." Do you call yourself a personess? No, of course not, because then you might as well wear a sign around your neck that says, "Hello, I'm a retard.”

5. Genders are like the twin towers. There used to be two of them and now it’s a sensitive subject 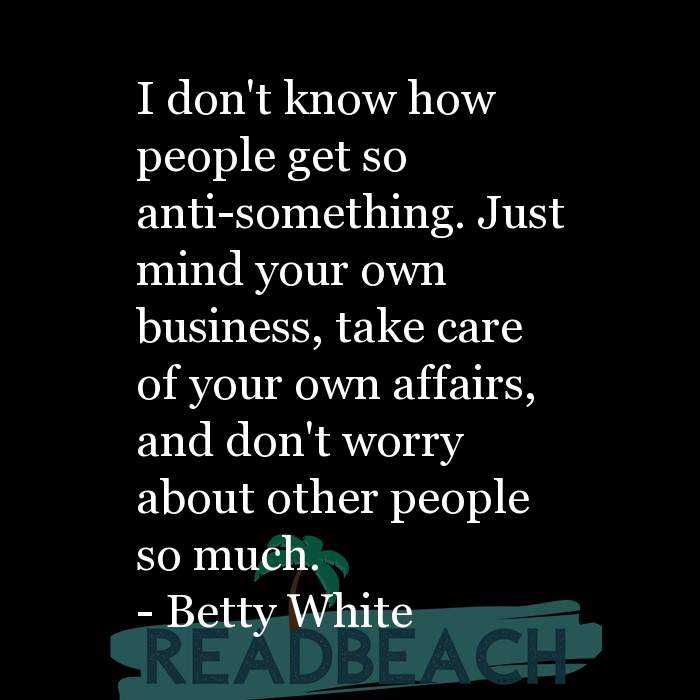 6. I don't know how people get so anti-something. Just mind your own business, take care of your own affairs, and don't worry about other people so much.

Authors who spoke about Feminism: