1. Metadata - The story behind the data.

Getting information is one things, but how it was created - where and by whom - can often be illuminating. 2. If you call yourself an "authoress" on your Facebook profile, you suck at life. You are stupid and your children are ugly. It doesn't matter if you're just trying to be cute and original. You're not. You are about as original as all those other witless twits "writing" the one millionth shitty Fifty Shades clone. Or maybe you're trying to show your 2000 fake Facebook "friends" that you are an empowered feminist who will not stand for sexist terminology. But you're not showing people that you are fighting the good fight, you're showing people that you are a sheep, who's trying just a little too hard to ride the current wave of idiotic political correctness. The word "author" is no more gender-discrimination than the word "person." Do you call yourself a personess? No, of course not, because then you might as well wear a sign around your neck that says, "Hello, I'm a retard.” 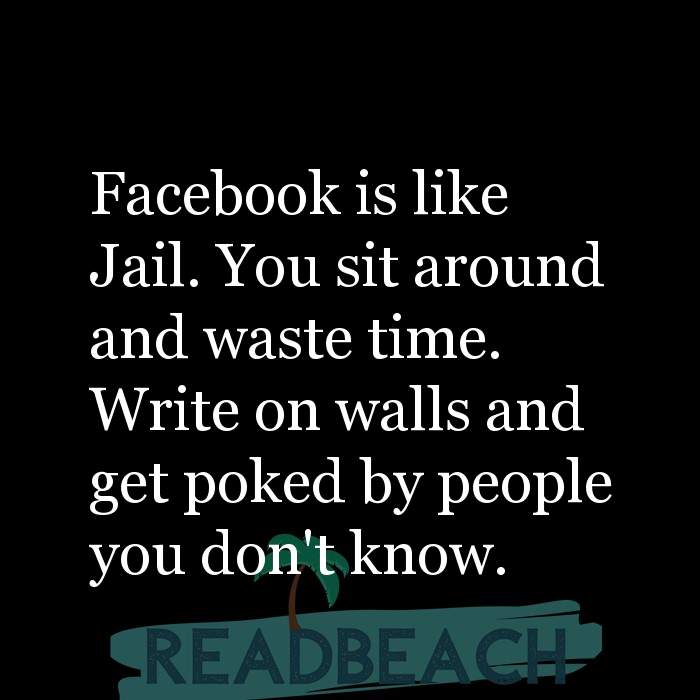 3. Facebook is like Jail. You sit around and waste time. Write on walls and get poked by people you don't know.

5. With Facebook, you're not really allowed to be unhappy. Think about it: There's only a like button. Yes, you can be angry, but it's only lighthearted rage. On Reddit, perhaps because you can be anonymous, people are willing to be openly sad or angry. They are more honest.