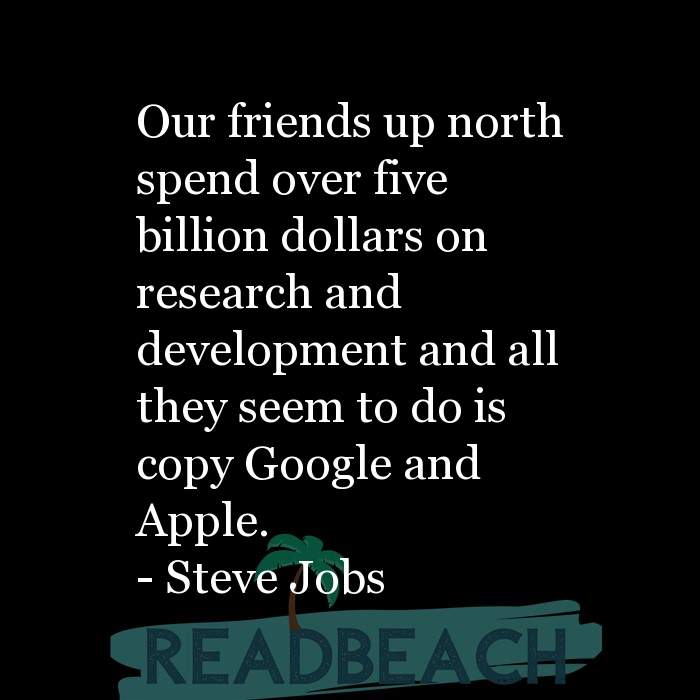 2. Our friends up north spend over five billion dollars on research and development and all they seem to do is copy Google and Apple. 3. Apple is a $30 billion company, yet we’ve got less than 30 major products. I don’t know if that’s ever been done before.

Certainly the great consumer electronics companies of the past had thousands of products.

We tend to focus much more. People think focus means saying yes to the thing you’ve got to focus on.

But that’s not what it means at all.

It means saying no to the hundred other good ideas that there are.

You have to pick carefully. 5. In life, we all struggle and strive to make progress. When will you know you've reached success? A billion dollars is a good sign, but there's a better one, humility.

Authors who spoke about Billionaire: