The most funny Ant and Elephant Jokes that will make you burst out laughing. All these Ant Elephant jokes are in pictures so you can save and share them.

We all have grown up hearing the funny relationship between an Ant and an Elephant. Sometimes they are couples, sometimes enemies and sometimes the jokes go very dark. Almost always, Elephant and Ant jokes have the surprise element - a punch line (no pun intended) - that is so hilarious and unexpected that is what makes it cute and hilarious.

Let yourself relive your childhood with these cute and funny Ant and Elephant Jokes. 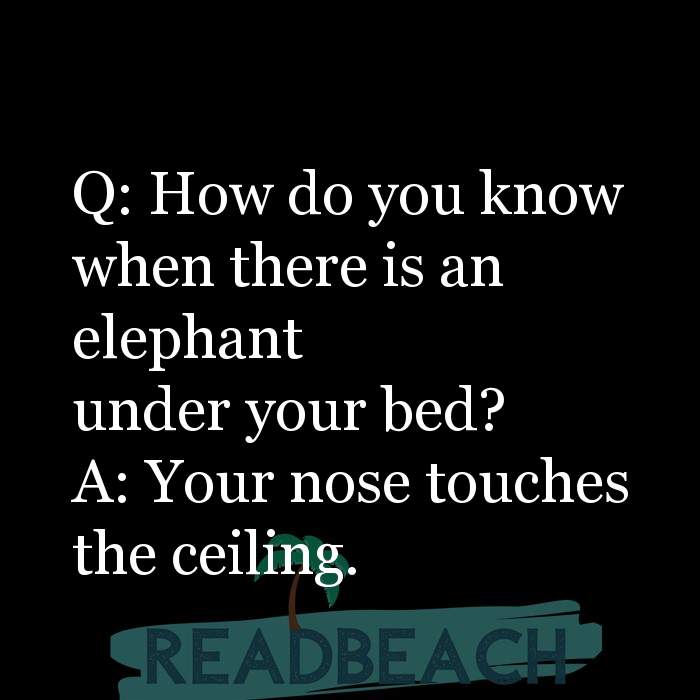 1. Q: How do you know when there is an elephant
under your bed?

A: Your nose touches the ceiling. 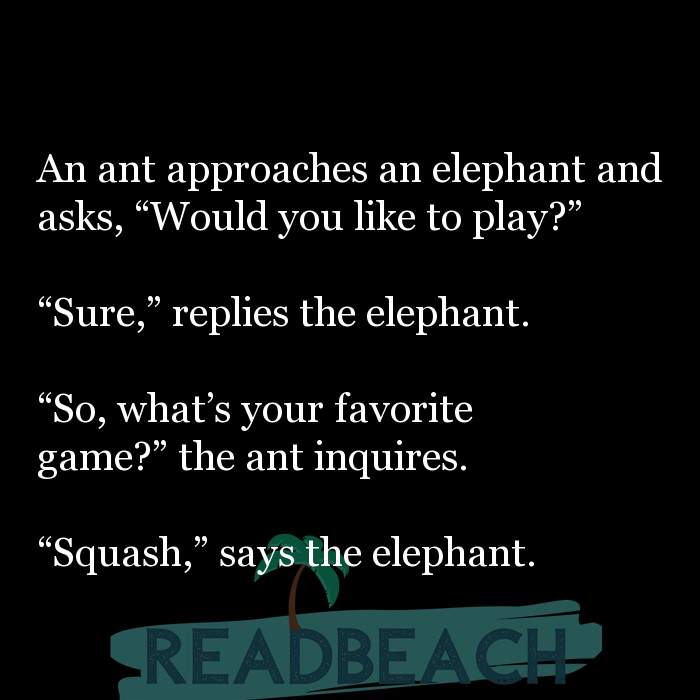 2. An ant approaches an elephant and asks, “Would you like to play?”

“Sure,” replies the elephant.

“So, what’s your favorite game?” the ant inquires. 3. Once an ant and elephant were going on a new scooter. They met with an accident. The elephant died but the ant was alive. Why?

Because ant was wearing a helmet. 4. Once an ant was on her way to a restaurant on a scooter,on the way she meets a elephant who asks her to give him a lift,she tells him to sit at the back.

While they were travelling, they meet another elephant asking for a lift, but the ant refuses, why??? 5. Once some hunters were after an elephant. The elephant didn't know what to do. He met his friend, ant on the road.he told ant his problem. Ant:My step brother - the elephant - has met with an accident.Since we have the same blood group,I am going to donate some blood for him. 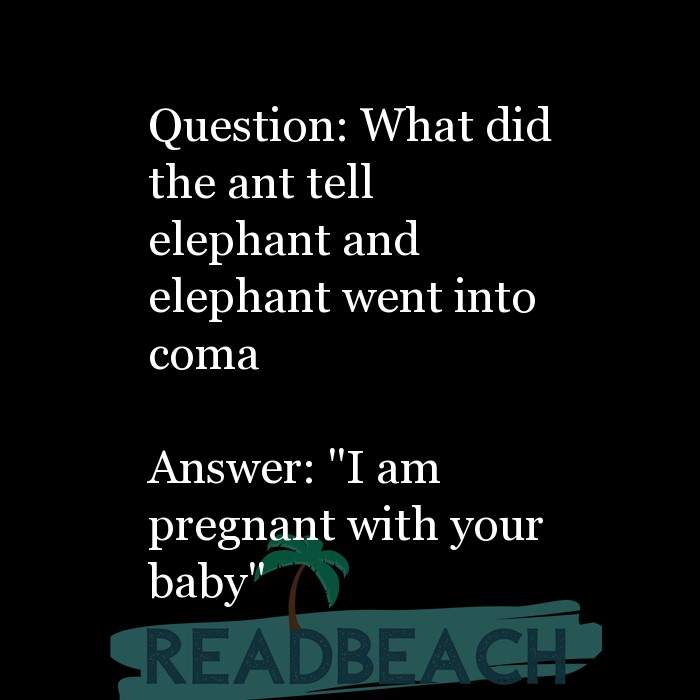 7. Question: What did the ant tell elephant and elephant went into coma

Answer: "I am pregnant with your baby" 8. Once an elephant was in love with an ant.He went to his father with the ant on his palm. He asked his father whether he could marry the ant or not.The father refused by saying that the ant was not of their caste. 9. Elephant: I love you ANT! Will you marry me?
Ant: I'm sorry, I can't marry you!
Elephant: Is it because I am too fat?
Ant: I don't have any problem with your size. It is because our culture doesn't allow inter-size marriages! :(