1. Enough is enough! What will it take? A civil war? A new president? Violent riots? It’s tired. I’m tired. The country is tired! You don’t put fear in people when you do this, you just show how coward[ly] you are – and how America is really not the land of the free.

2. I got this real moron thing I do, it's called thinking. And I'm not a very good American because I like to form my own opinions. I have certain rules I live by. My first rule, I don't believe anything the government tells me, and I don't take very seriously the media or the press in this country. 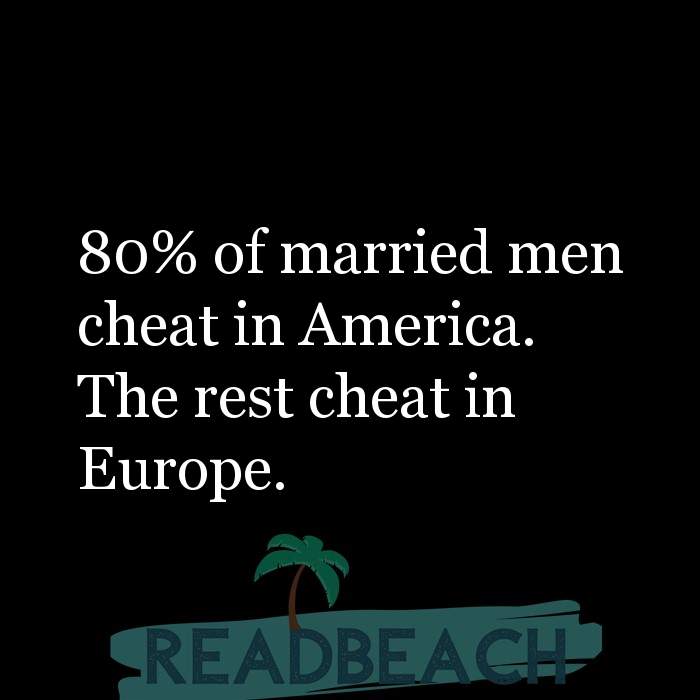 3. 80% of married men cheat in America. The rest cheat in Europe. 4. My friend Billy Bob and I visited a place where you can stand in three states at once: Oklahoma, Kansas, and Missouri. Billy Bob opened up and said that he was actually in a fourth state; crippling depression. I said, “I’m so sorry”
“... but you can’t count Missouri twice.” 5. I dont understand why people say that the US is obsessed with Russia.

Clearly it's Canada that has a thing for poutine. 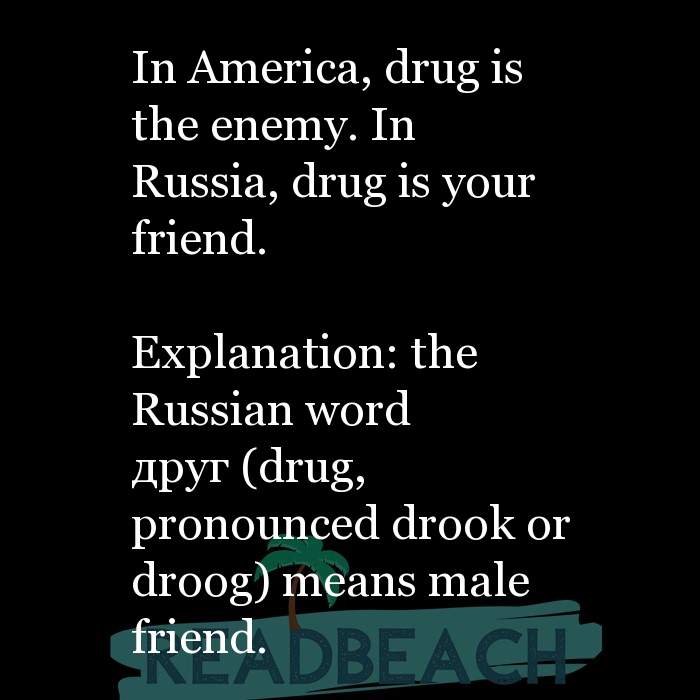 6. In America, drug is the enemy. In Russia, drug is your friend. 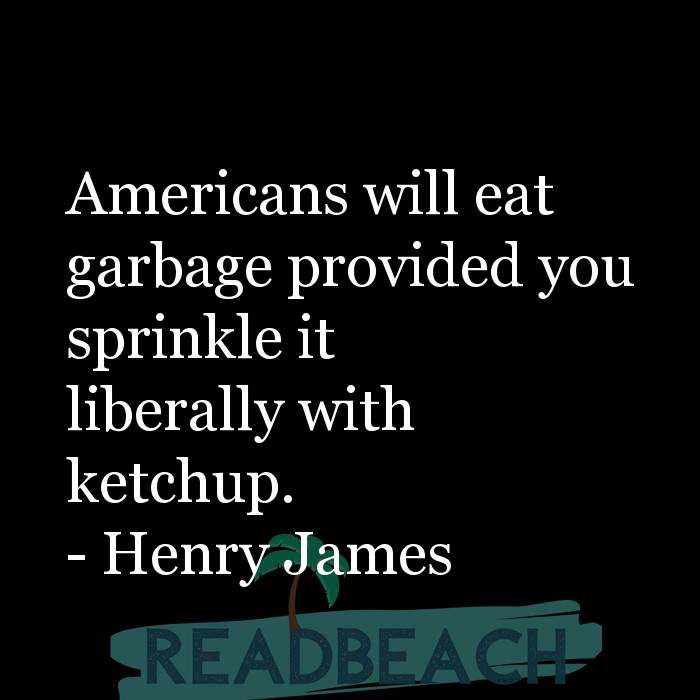 7. Americans will eat garbage provided you sprinkle it liberally with ketchup.

Authors who spoke about America: