Here is a list of the Best Quotes of Terry Pratchett 1. Some humans would do anything to see if it was possible to do it.

If you put a large switch in some cave somewhere, with a sign on it saying 'End-of-the-World Switch. PLEASE DO NOT TOUCH', the paint wouldn't even have time to dry. 2. If cats looked like frogs we'd realize what nasty, cruel little bastards they are. Style. That's what people remember. 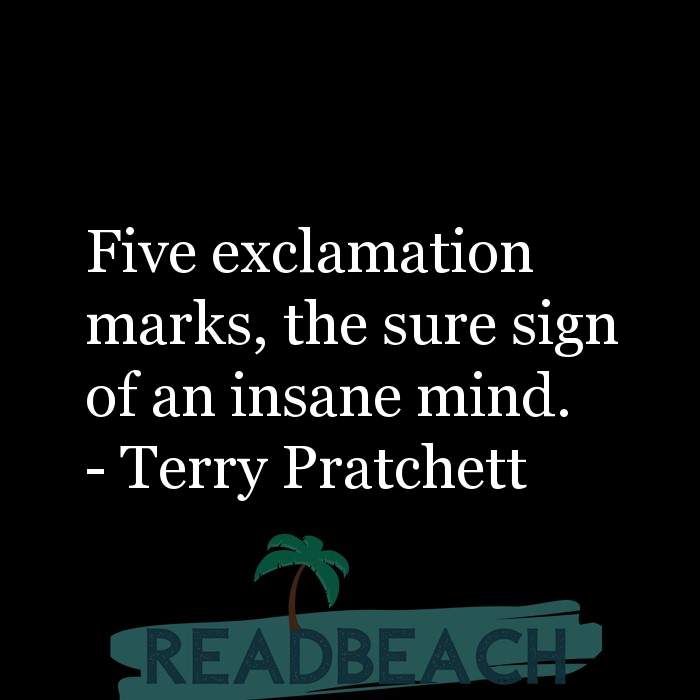 3. Five exclamation marks, the sure sign of an insane mind.