Here is a list of the Best Quotes of Ryan Howard 1. Well, today was a fantastic waste of time.

2. I miss the days when there was only one party I didn’t want to go to. 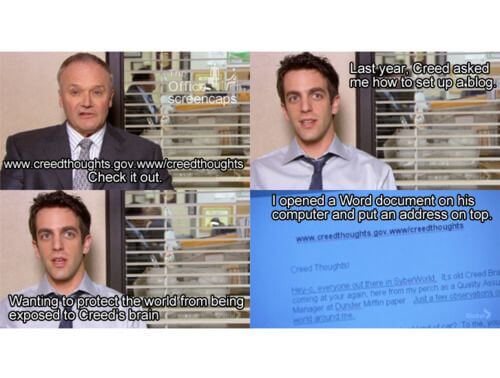 3. Last year, Creed asked me how to set up a blog. Wanting to protect the world from being exposed to Creed’s brain, I opened up a Word document on his computer and put an address at the top.

I’ve read some of it.

Even for the Internet, it’s… pretty shocking. 4. I'm in love with Kelly Kapoor. And I don't know how I'm gonna feel tomorrow or the next day or the day after that, but I do know that right here, right now, all I can think about is spending the rest of my life with her.

Again, that could change. 5. Maybe we weren't right together, but, it's weird. I'd rather she be alone than with somebody. Is that love? 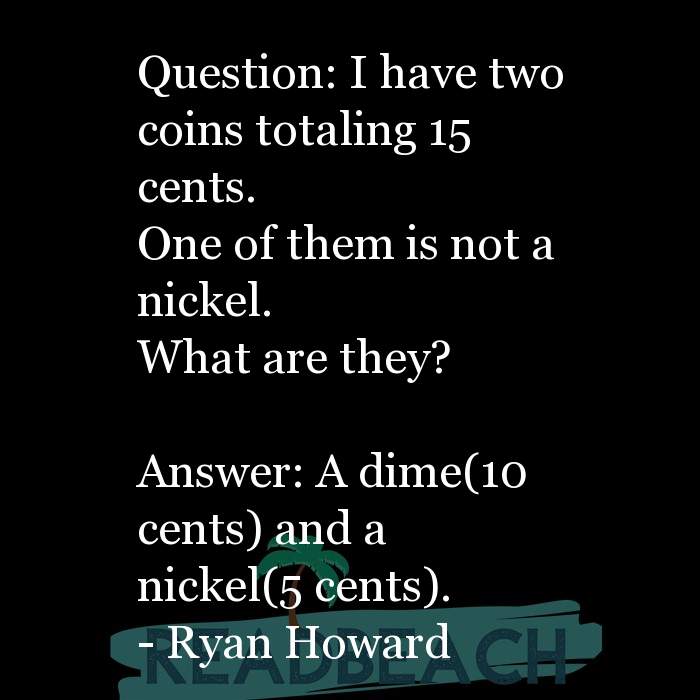 6. Question: I have two coins totaling 15 cents.
One of them is not a nickel.
What are they? 7. Question: A man and his son get into a car accident. They are rushed to the hospital. The doctor says "There is no way i can operate on this boy, he is my son". But the doctor was really not the boy's father. How could that be?

Answer: The doctor is the boy's mother. I've heard this one too.