Here is a list of the Best Quotes of Karl Marx 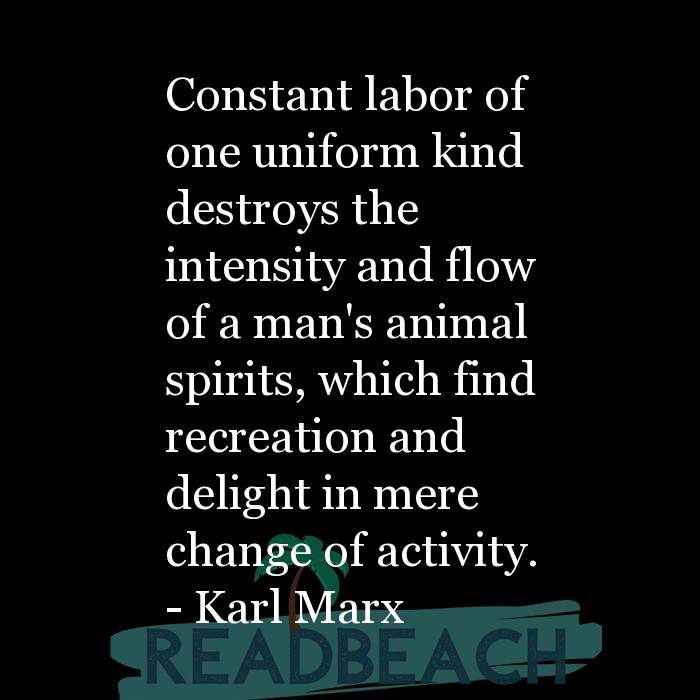 11. Constant labor of one uniform kind destroys the intensity and flow of a man's animal spirits, which find recreation and delight in mere change of activity.