Here is a list of the Best Quotes of Barack Obama 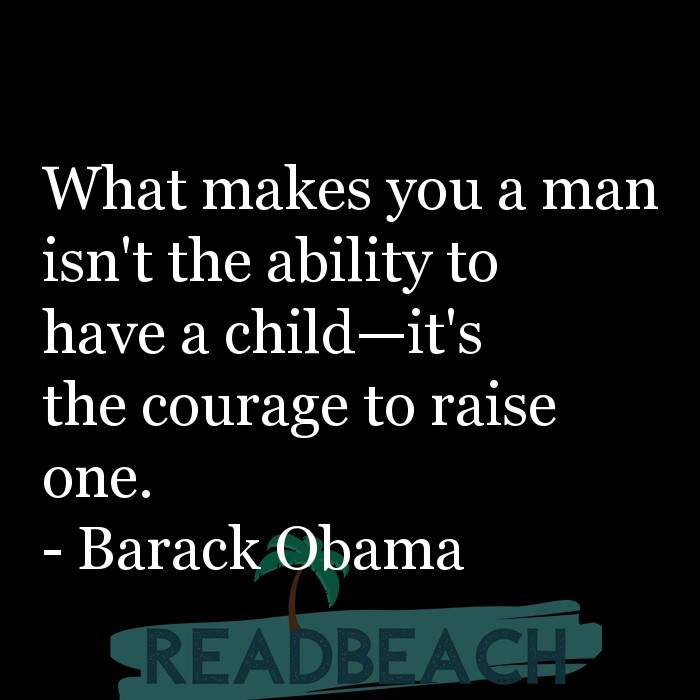 1. What makes you a man isn't the ability to have a child—it's the courage to raise one.