Tolerance isn't about not having beliefs. It's about how your ...

Home > Quotes > Tolerance isn't about not having beliefs. It's about how your beliefs 1. Tolerance isn't about not having beliefs. It's about how your beliefs lead you to treat people who disagree with you. 2. It's an universal law-- intolerance is the first sign of an inadequate education. 3. Resolve to be tender with the young, compassionate with the aged, sympathetic with the striving, and tolerant of the weak and the wrong. Sometime in life you will have been all of these. 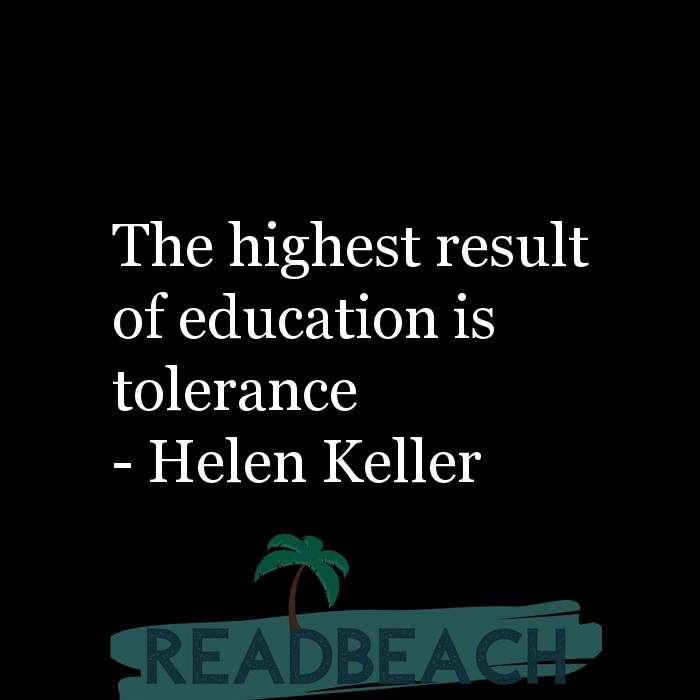 4. The highest result of education is tolerance 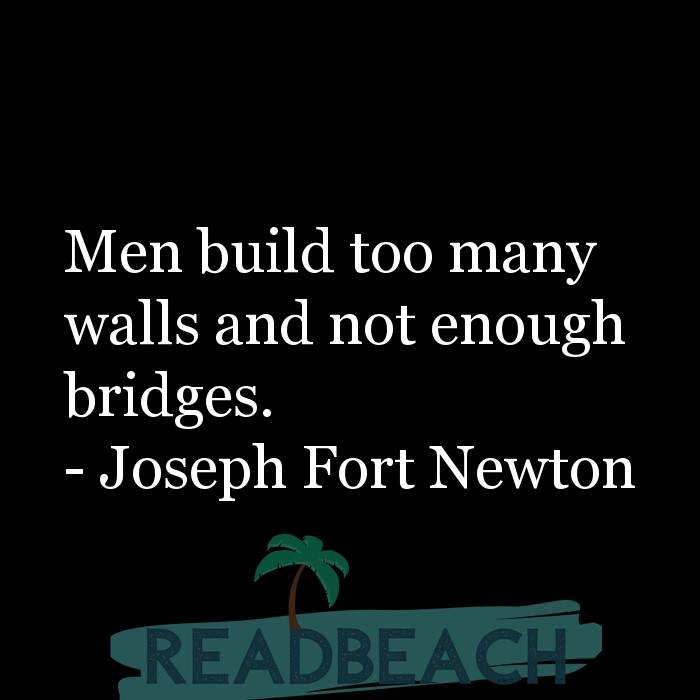 5. Men build too many walls and not enough bridges. 7. You do realize that people just tolerate you?

8. Laws alone can not secure freedom of expression; in order that every man present his views without penalty there must be spirit of tolerance in the entire population. 9. Don't be in a hurry to condemn because he doesn't do what you do or think as you think or as fast. There was a time when you didn't know what you know today 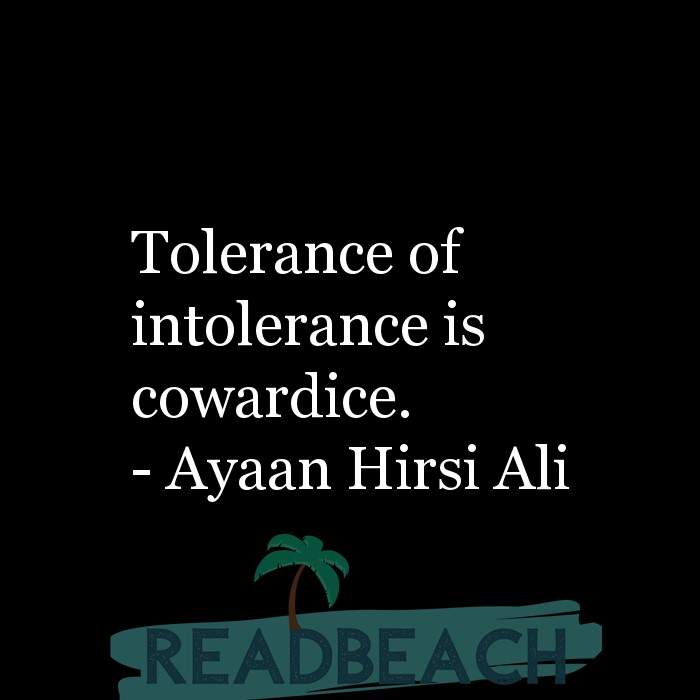 10. Tolerance of intolerance is cowardice. 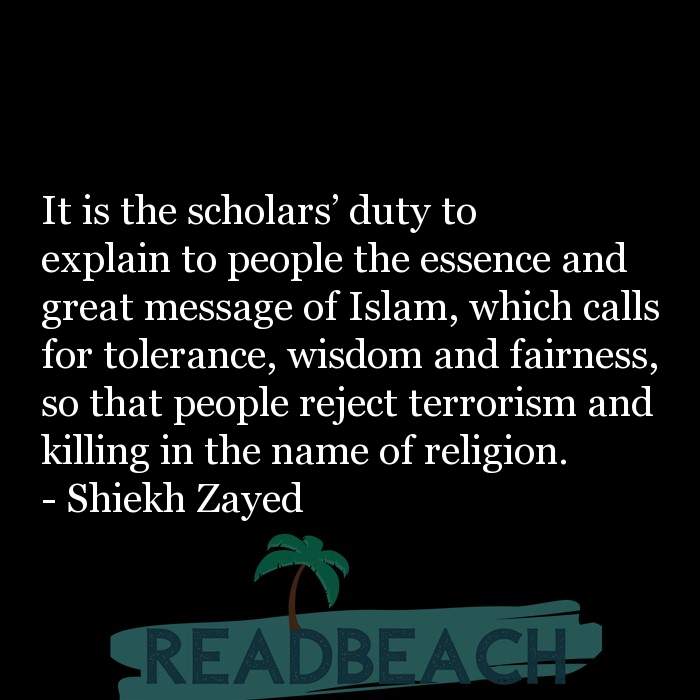 11. It is the scholars’ duty to explain to people the essence and great message of Islam, which calls for tolerance, wisdom and fairness, so that people reject terrorism and killing in the name of religion. 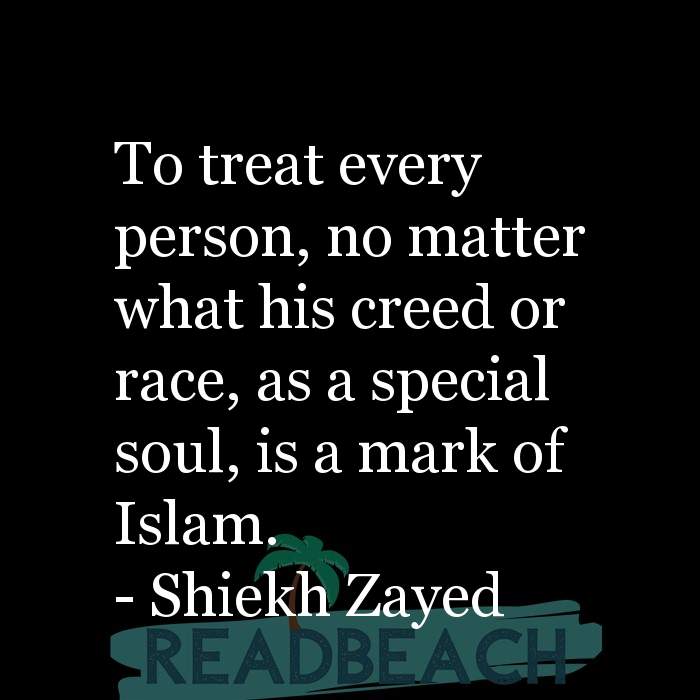 12. To treat every person, no matter what his creed or race, as a special soul, is a mark of Islam. 13. Do not let your assumptions about a culture block your ability to perceive the individual, or you will fail. 14. In order to have faith in his own path, he does not need to prove that someone else's path is wrong.

15. Tolerance isn't about not having beliefs. It's about how your beliefs lead you to treat people who disagree with you. 16. If man is to survive, he will have learned to take a delight in the essential differences between men and between cultures. He will learn that differences in ideas and attitudes are a delight, part of life's exciting variety, not something to fear. 17. Tolerance only for those who agree with you is no tolerance at all. 18. Don't get so tolerant that you tolerate intolerance. 19. The liberal idea of tolerance is more and more a kind of intolerance. What it means is 'Leave me alone; don't harass me; I'm intolerant towards your over-proximity. 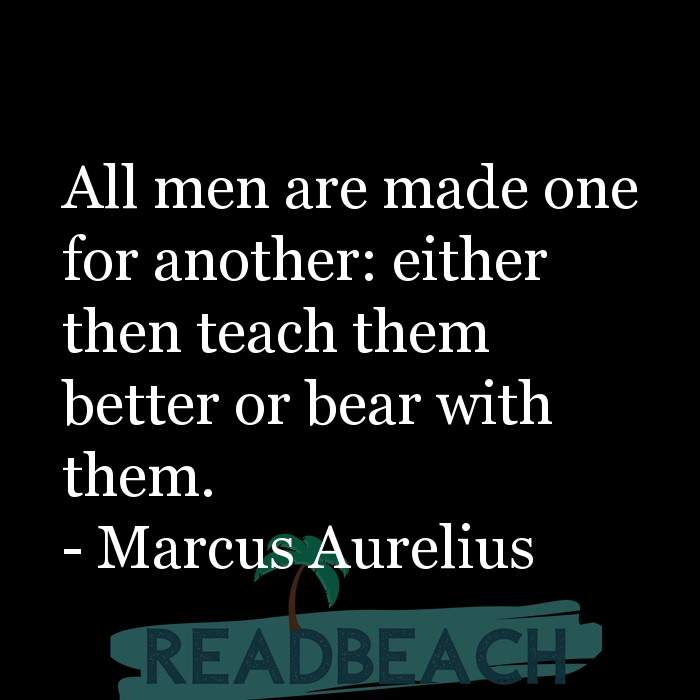 21. All men are made one for another: either then teach them better or bear with them. 22. The man who is most aggressive in teaching tolerance is the most intolerant of all: he wants a world full of people too timid and ashamed to really disagree with anything.

Authors who spoke about Tolerance: