Communist jokes aren’t funny unless everyone gets them.

Home > Quotes > Communist jokes aren’t funny unless everyone gets them. 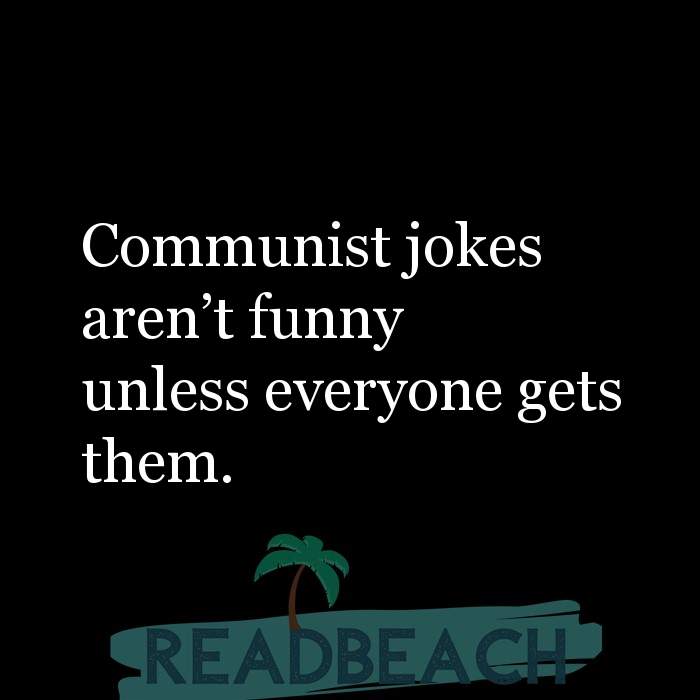 1. Communist jokes aren’t funny unless everyone gets them.